Dhoni’s copy in Pakistan Super League, see what the batsman did to win the team 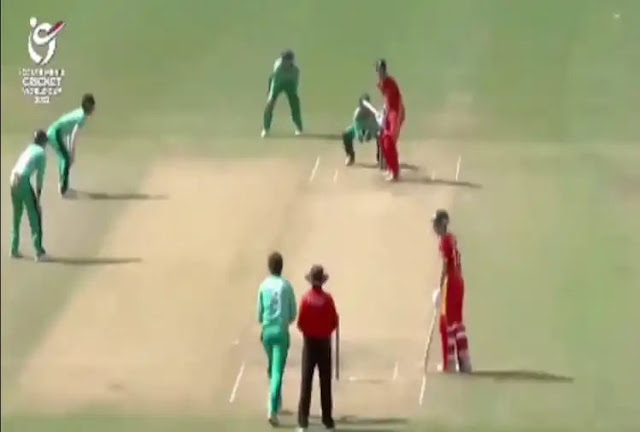 The ongoing Under-19 World Cup tournament in West Indies has now reached its final stage. Four teams have been announced for the Super League semi-finals. On February 1, England will face Afghanistan in the first match and India will face Australia in the second match.

Many great matches were seen in this tournament. However, some such incidents also happened, seeing which fans and commentators were also surprised.

On 29 January i.e. Saturday, the team of Zimbabwe and Ireland were face to face in Plate Semi-Final-2. At the same time, earthquake tremors were felt on the ground. Then Zimbabwe team was batting. The shock was so strong that the cameras installed in the pavilion stand and the stadium also started shaking. The tremors of the earthquake were felt for about 20 seconds.

No effect on the match

However, this had no effect on the match and the game continued. The bowling continued even amid the earthquake. The video of this entire incident has also surfaced. The camera in which the live match is being covered also starts shaking loudly. Cricket fans were shocked to see this video. At the same time, the commentators were also seen mentioning the earthquake during the commentary and looked scared.

When the incident happened, Ireland spinner Matthew Humphries was bowling the fifth ball of the sixth over to Zimbabwe’s Brian Bennett. Its effect was clearly visible in the scene during this time. The game was not stopped. Bennett played a defensive shot at mid-off while hitting a four on the next ball.

Ireland won the match by 8 wickets

Find us on Socials or Contact us and we’ll get back to you as soon as possible.

New Zealand vs Netherlands, Only T20I at McLean Park, Napier, Highlights: Match Abandoned Due to Rain